Just because you are a nerd that does not mean you have to look like a total loser.  The two are not synonymous.
No comments:

Portland is nostalgic for a time that never was.
No comments:

"Everything passes. Nobody gets anything for keeps. And that's how we've got to live." --Haruki Murakami

Imagine, for the moment, a set of networked, self-correcting computers, programmed to pursue a deliberately vague, long-term goal: say, "Make as many significant calculations as you can, and try to make more than any other computer in the lab," with "significant" left deliberately multivalent, open-ended.  Then imagine that each of these computers has a stick of explosives by its C.P.U., with a slow-acting and temperamental seventy-year fuse, and that each knows it.  And add that the corrosive acid that detonates the fuse also gradually slows down each computer's functioning -- so that it's much better off, more likely to make more significant calculations, by interfacing with another computer before its own connections have worn down.  The computers would, at every moment, have to make fiendishly difficult decisions about whether a particular calculation was worth investing in, given the larger life-limited task of making truly significant calculations.  They would have to calculate the benefits and losses, for instance, of intense exchange early on against the knowledge of their approaching annihilation, and against the demands of all the other tasks that needed doing.  Some would retreat and do nothing but solitary calculations; some would network furiously; some would ask if it was worth trying to win TV quiz shows when the aim was to win the most-significant-calculations contest.

Quote by Adam Gopnik, from the New Yorker article "Get Smart," a book review.
No comments: 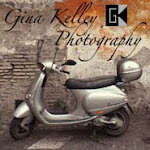